Almost forgot this one

We had a wine convention in our town for one week. I thought there were many shoeplayers to capture, unfortunately it was too full most of the time.

But one sunny day I was sitting there with my camera and filmed this long brown haired girl. I didn’t expect the most, dunno, but she was good in her style. Pantyhose met some kind of plimsole flats from Esprit.

The girl was drinking wine with a friend, maybe her friend. They were talking and nothing seemed to interrupt this scene, but eventually she started heelpopping and rubbing in her shoes. At that time I discovered that the was wearing a pantyhose, wow! 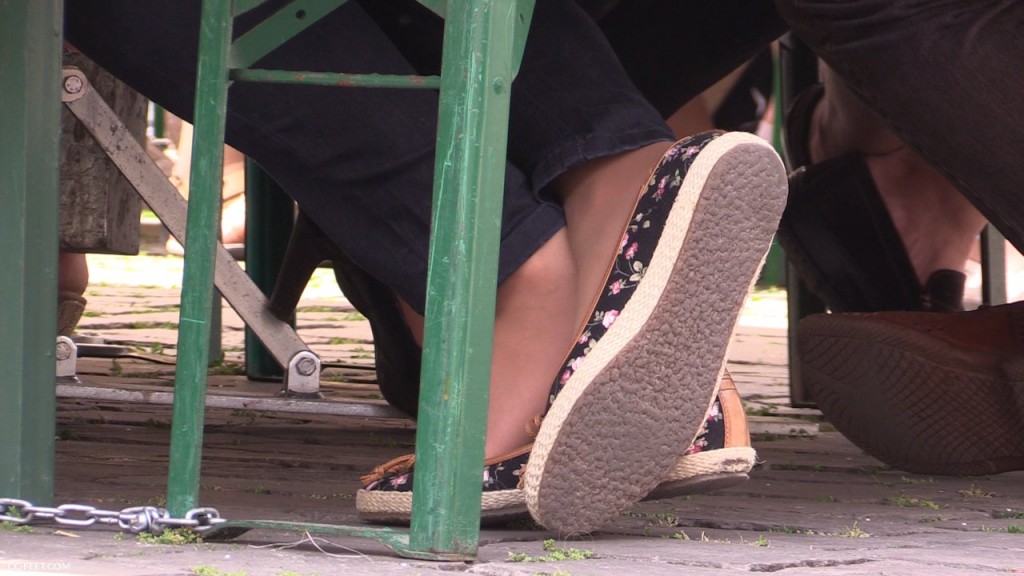 As if this was not enough she moved her feet back and forth, this reminds me of a special kind of job, you know. Plus she looked straight into my camera and was smiling! 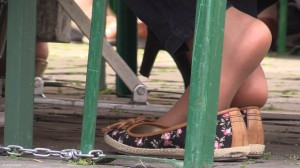 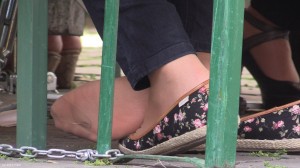 When she moved her foot completely out of her flat I was short before blasting off, this was exciting. I really don’t know if she did this for the camera, but the thought of it makes this more thrilling.

Enjoy almost 10 minutes of tan pantyhose feet in somewhat plimsoled flats and get hypnotized by a girl which seems to know what she does.