If I have to go to hell for this, it was totally worth it.

It was just one of these days when I walked around and didn’t see much shoeplay. Often I sit down somewhere, smoke a cigarette and observe the people. Until I saw those blue flats through the surrounding legs.

The flats belong to a girl wearing a pantyhose and blue jeans. I really can’t say if this is a thick tan colored nylon pantyhose or a very thin cotton one – but we can see stitches and two runs at the top of the foot, so I tend to say that it is a synthetic pantyhose.

At first it was pretty difficult to catch her shoeplay. The table and some other shoes were in the way, but you can clearly see her toes popping in and out and playing with her flats. 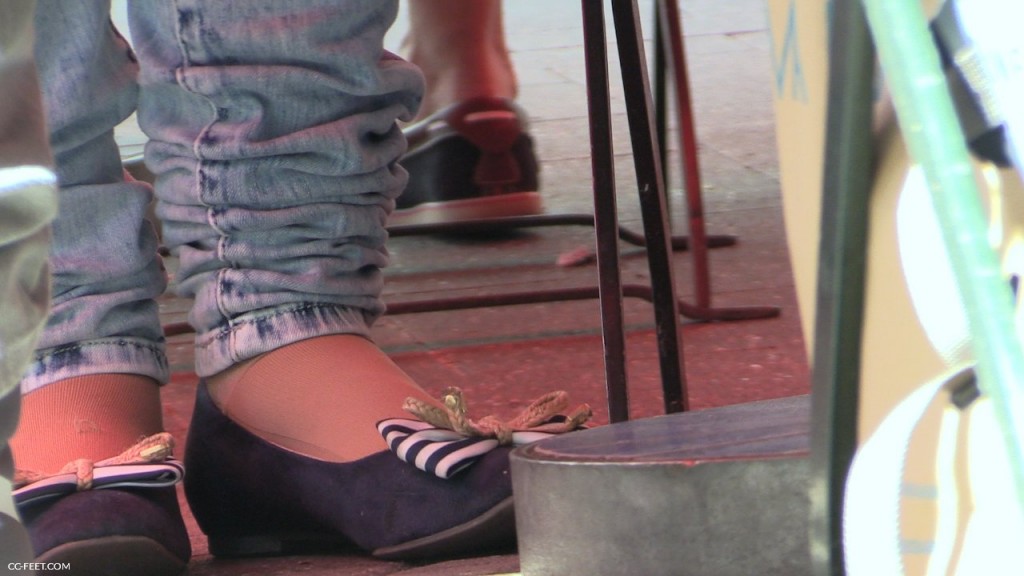 Rather fast I decided to change my position, so that I had a good view from the other side of the table. 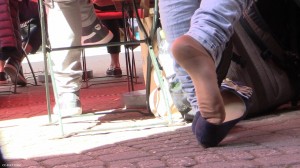 This was an awesome choice, because very short after that the girl left her chair and walked on by right in front of my cam, stopped and showed us her sole waving into the lens. What a scene!

The family went on, I didn’t think twice and followed them to a large shopping store with a restaurant in it. Three floors up, flats on the escalator and finally sitting down at a table to get some food. 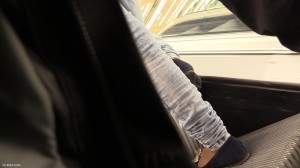 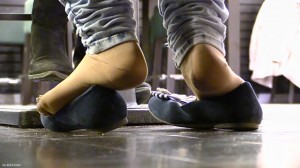 I chose a seat behind the girl, moved the cam onto the ground under her bench and captured the whole beautiful madness. She moved her heels in and out, slammed the flats on the floor and peeked a hole in the air with her toes. 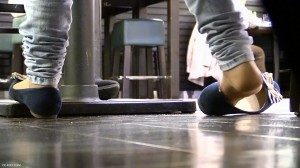 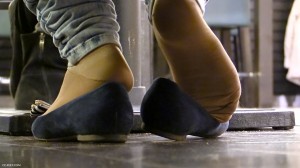 I was in a trance, really. There was no time to think about what could have happened if someone discovered the cam on the ground. Phew.

The whole clip is 14 minutes long, but as there are a few off focus scenes in the first 2 minutes, I offer this clip for a lower price instead of just deleting the views.