When some things come together, the fortune is on one’s side.

It was a sunny day and I was driving home with my moped. Kind of chilling on it, watching the people around me walking. Then I discovered this really pretty Turkish girl with long open dark hair. 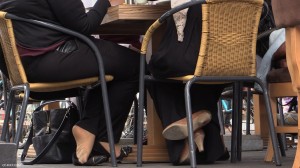 She was not that kind of typical skinny girl, no, she was very feminine and that’s the point which turned me on. Besides, her black flats were heavily trashed and her nylons had a run over her sole.

I don’t know if someone likes this detail, but she had rather fresh pigeon poop under her left flats’ sole

Not that I like it much, but it’s worth mentioning. 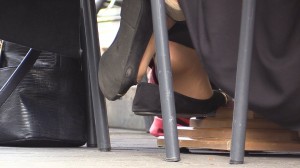 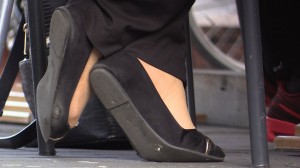 Anyway, in the first part of the clip the girl did a nice shoeplay, showed off her soles and toes, waved into the camera and such. Rubbing and pressing inside her flats (so that the poop squeezes more…) and boy, I really liked to get a press from her nyloned foot into my face. 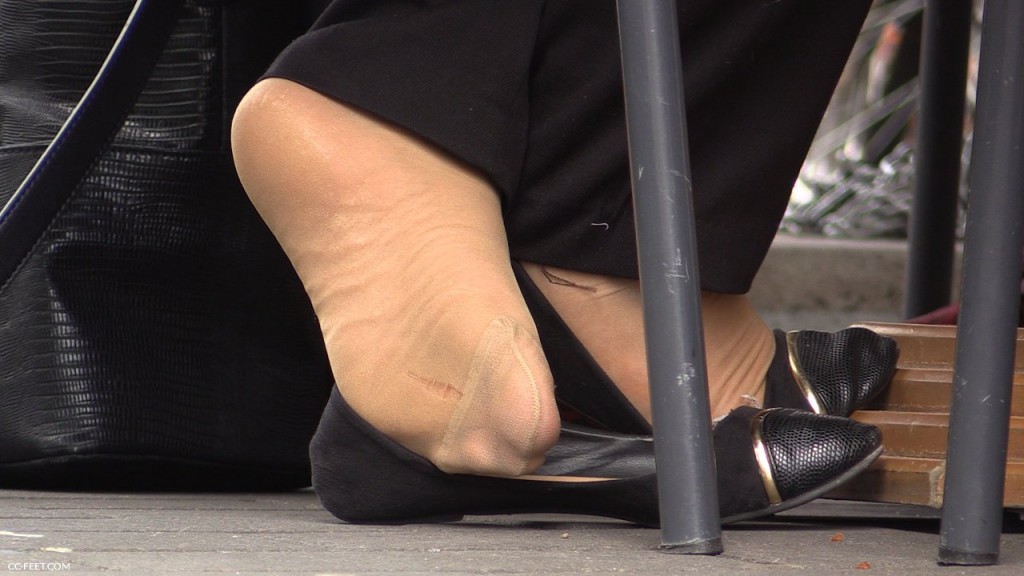 In the second part she crossed her legs and flexed her toes in her flats, while popping her heels in and out a few times. It seems that she was massaging the chair with the tip of her foot.