While I was working at this clip, I’ve answered a question via mail, which some people ask over and over again: What camera do you use and which of xyz mini cams would you recommend?

This clip is a perfect example for situations, you won’t ever capture with any of those mini cameras on the market and I’d like to explain why.

The pretty blond girl in her 20ies was sitting in direct bright sunlight with a girlfriend and rested her dark blue socked feet out of her Keds plimsoles. I don’t know the exact model name of the sneakers, this is a question which Tob from the shoutbox might answer the best for sure

(Edit: Keds Champion, thanks to FRG!) 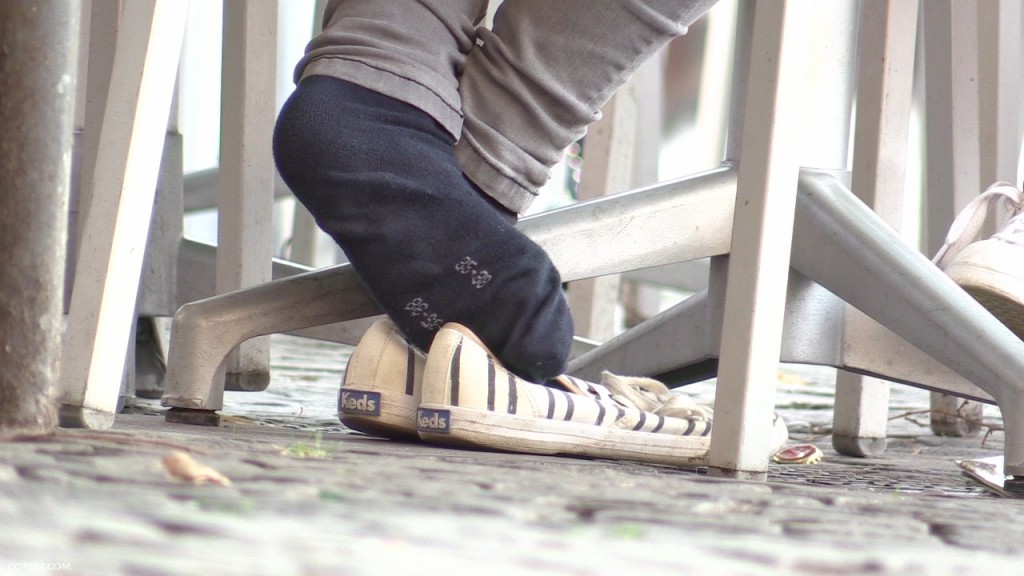 The girl did a very nice dipping shoeplay in the first half of the clip. In the second half she crossed her legs and did some fantastic toe scrunching movements in the air. You can even see a single blond hair from her lying on the top of her toes. 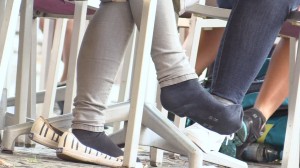 That’s where my explanation starts to begin:
No mini camera is really able to get the right exposure in these extreme situations. The dynamic range of the mini sensors is limited and the cam has to set a balance between high and low exposure. In most situations the camera chooses an average of the whole picture, which means, the bright sunlight is dimmed and you wouldn’t see the dark blue socks at all, especially the movements. All this would be lost in darkened black. 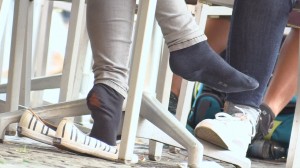 The second reason why I’d never choose a mini cam is the distance to the girls. In reality most of the time you can’t get so near to the subject of the film that the feet will fill the whole screen, not to speak of the single hair I mentioned before. Even the marketing with 4K cameras won’t break the deal here. 4K is equivalent to a 4x zoom, if you crop to a full-HD 1080p resolution. Just 4x… This is nothing. And when you crop, you will see color banding all over high contrast lines and there is no depth of field at all. The quality just isn’t very good. 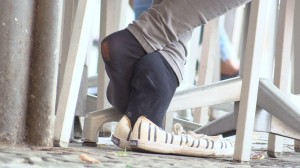 I would highly suggest if you want to capture candid films, to save the money instead of buying mid-range GoPro cams and wait until you can afford a larger camera with a large sensor and, mostly forgotten, a very good lens.
That’s why lenses in photography cost so much more than a DSLR body, they make all the difference in quality, light sensitivity (esp. for dark scenes in the shadow or indoors) and sharpness. You don’t need 4K, just look for better full-HD cameras with a good lens. 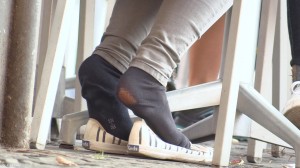 In this clip I sat ~8m (27ft) away from the girls. There wasn’t any chance to get a place next to them. I sat on a skateboard in the middle of the way, had to hide the cam under my leg somehow and had to sit mostly still to reduce the shaking. And boy, this is ridiculously difficult to stay calm doing forbidden things in public and filming our daily drugs

Anyway, without this combination of good lens, good mid-range zoom, large sensor and manual exposure/focus control, I wouldn’t have been able to capture this clip at all. 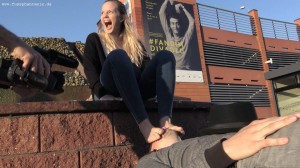 I use the same Canon G30/G40 cameras for CCF as I use them for the Under Feet clips at fussphantasie. Yes, they are large and they were expensive. I saved my money until I could afford one of those cams. The step up in quality was a milestone for me and my workflow.
But you don’t need a very large expensive camera if you want to start filming. I started with smaller cameras also, the quality is quite good. Just forget the mini action/spy cams at all if you want to capture good candids. That’s my advice if you don’t want to be disappointed and don’t want to loose money. 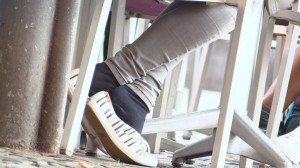 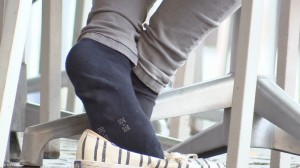 And now enjoy the 9+ minutes with trashed mismatched blue socks. I don’t see this often, so I was very happy to have a camera which could handle these extreme lightning conditions.