Finally I got a good clip in the subway!

I was often wondering how other guys captured shoeplay in subways or trains. For years I’m riding trams but I never saw a good situation which was worth capturing. Yes, maybe a shoe dropped off or such, but a real shoeplay? Perhaps I just hadn’t enough luck?

Anyway, I was on my way to a summer destination. We had 28° outside and I had the Rhine bank in mind to get some shoeplay there.
While waiting at the station I saw a pretty dark-skinned teen girl in her flats and when the subway came, I took the seat group next to her and her mother and brother. Hope will never die.

And boy, I was so lucky! Immediately the girl started playing with her flats as far as the subway and the small space allowed. At first her mother was sitting next to the girl, one station later mother and brother changed their places. 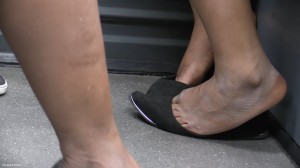 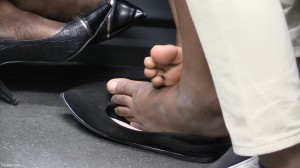 The girl was playing with her cell phone while dipping in her flats, moving them around and scrunching her toes. It was an awesome catch for me, so I decided to ride a few stations more than I initially wanted 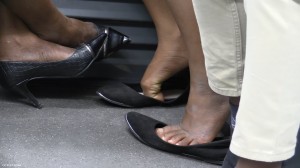 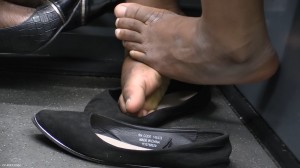 In my town the subway changes to a tramway eventually, so the last 3 minutes are captured with natural sunlight.

The only downside was her annoying brother. Sometimes he dangled his shoes in front of the shoeplay and in the end he even stood up and was dancing right in the way of my lens. I hated him in that moment! 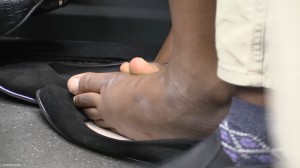 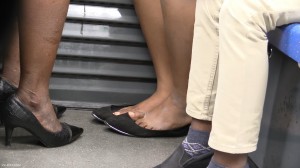 This clip would have been much longer, but certainly I stripped the brother’s blocked views out of this film. So we end up with a total of fantastic 13 minutes of very good shoeplay with flats and bare feet.