This woman could dangle her flats the whole time without interruption.

One of those days again. I just started to walk around my favourite places and saw this woman in her early 30ies sitting with two elder women outside. They were resting, enjoying their drinks and smoked some cigarettes.

The protagonist had nylons and flats at her feet. Her legs were crossed, the right flat dangled at the tip of her toe and that’s the story in short.

Most of this clip consists of this setup. The woman dangled her flat, pressed it against the table leg, lay the heel on the ground and slipped slightly with her foot inside. Just to start again with her dangling show. 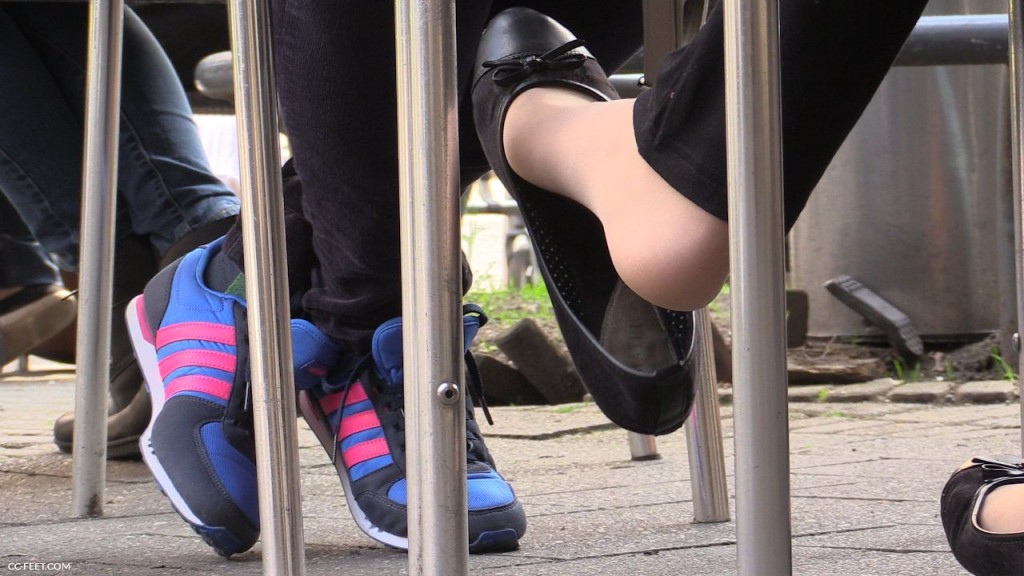 She even scrunched her feet inside her soft and comfy flats. 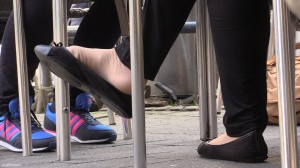 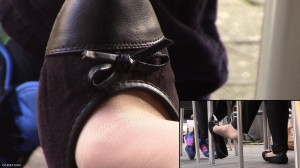 I took the opportunity to catch the show with two cameras at once, so I was even able to capture how the inside of her flats looked. As there is some tapping foot action of her other foot simultaneously, I did some split screens, so you won’t miss anything. 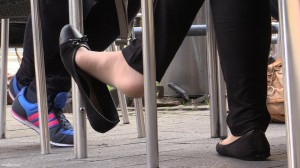 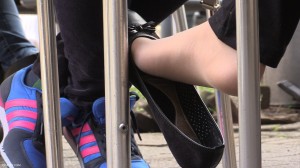 At the end the woman crossed her legs the other way round and there was no chance to capture anything more. So this clip ends after wonderful 12+ minutes.