One day at a furniture trade show

Granted, I am not so into trade shows. I hate the masses in those large areas and I’m often losing my orientation. But ok, there are pretty hostesses…

I wandered around for hours and saw many beautiful girls there, my eyes got caressed, but there was not much shoeplay to capture. Either it was too dark (sleeping room area haha), but most of the time there wasn’t simply any possibility.

Gladly I stumbled upon a large booth from a well known kitchen manufacturer world wide. The hostesses looked as they were working for Lufthansa. Dressed in dark blue costumes with red necklaces on. Some wore short skirts, some long trousers.

I focused on two young students, who were talking to some guys about their university tests. 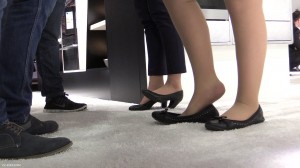 One had pumps with trousers, the other – and leading part in this clip – had a skirt with pantyhose and black flats on. In the first part of the clip you will see them both heelpopping and tip-toeing in their shoes. They hopped nervously around, walking from left to right.

The second and longer part is with the flats girl only. She started a very nice shoeplay with showing her slightly dyed pantyhose feet and rubbing her toes over her flats several times. 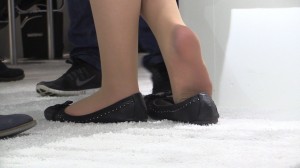 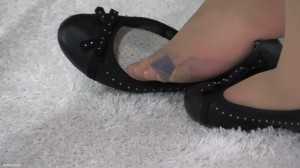 I filmed with two cameras, so you’ll get different viewing angles. Technical info: Try to capture dark shoes on a white carpet in an otherwise rather dimly location. This was a challenge, really. 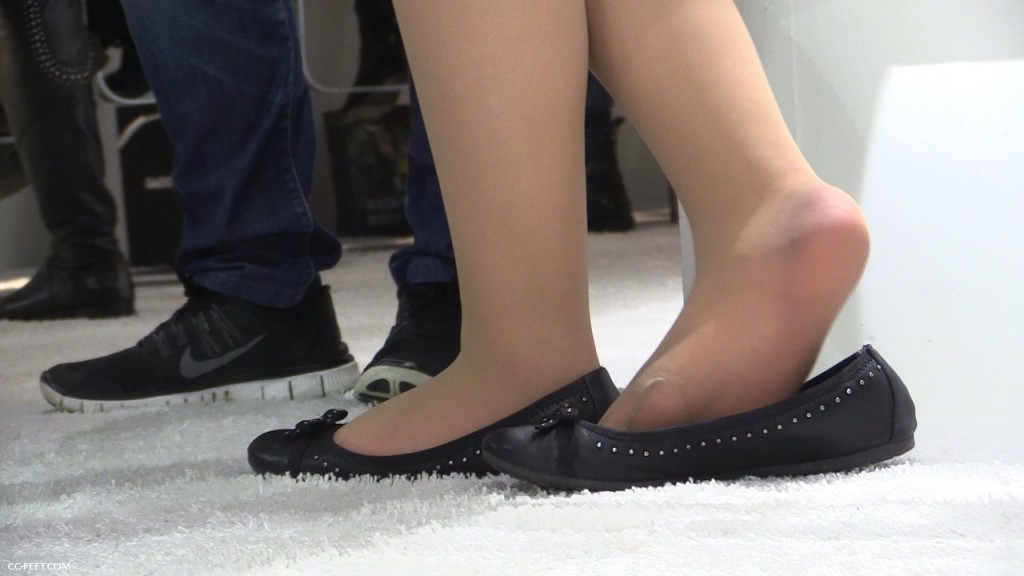 You’ll get a very nice 13 minutes shoeplay clip of young girls, who seem to earn some money for their living while studying. Thumbs up for this